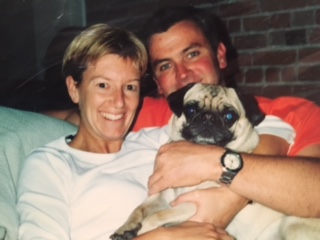 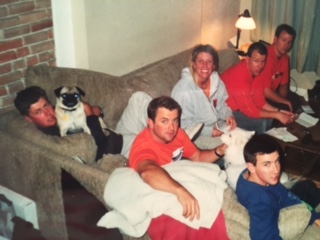 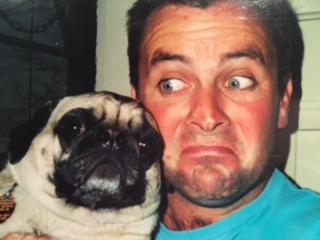 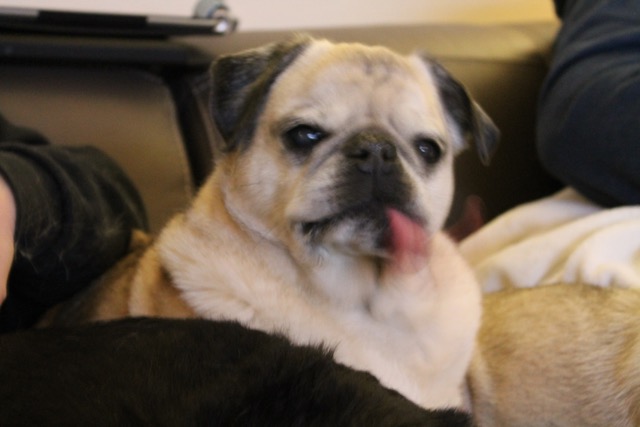 The Tale of Flopsy 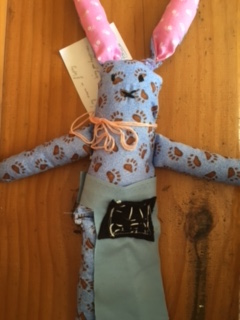 by Alison Asher No Comments

For a few years now, I have been rallying people who are clever with their hands to sew some love into Softies for Mirabel. Gorgeous Pip Lincolne of Meet Me At Mikes first made me aware of this initiative, and I was taken.

Last  year, one of my big-hearted practice members encouraged the sewing teacher at her school to get the kids to make some softies as part of their assessment. I imagine the project may have been met with initial trepidation: would the kids sew then donate the toys? Would they sew them well enough to be given to these young children? Would the Mirabel kids even want the toys?

Softies for Mirabel is now it its tenth year, and if you have any sewing nous, then I encourage you to join. Or if you are sartiorially challenged like me, then perhaps you can become the food and bevvy biatch, keeping your crafty friends fed and watered, and then have the priv of posting the toys down to Mirabel.

But that is not what this blog is about.

This blog is about Flopsy.

Because, you see, as the children have become part of the Sofites for Mirabel drive, Mirabel has made softies of them.

Since becoming patrons for the kids who are often without, these Sunshine Coast teens have somehow changed. They now no longer care about keeping the efforts of their labour for themselves: they donate them freely and with all of their hears. They now no longer whinge about sewing class, saying things like, “When are we ever going to use this?” or “I can’t believe you have to get the thread onto the bobbin yourself”* They now run to class, expectant and enthusiastic about knowing precisely where they will use this: to heal the hearts of those who need it most.

This week my big-hearted friend delivered a bag of Easter softies, and before I sent them off, I had a look at the creations. Usually there are some with punter’s eyes** and uneven ears. Limbs askew and mouths agape. I got ready to have a laugh at the messy, imperfect cuteness of them all.

I dug in to the bag of cuddles, and out came Flopsy.

Can you see her?

She’s like a young Velveteen Rabbit, with wonky eyes and fur loved half off, except she is possibly even more wonderous. She has been made with pure love. The sign reads: 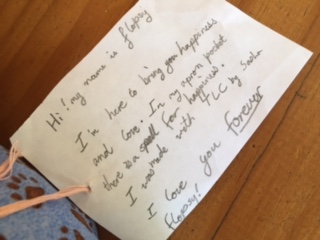 HI. My name is Flopsy. I’m here to bring you happiness and love. In my apron pocket there is a spell for happiness. I was made with TLC by Sasha. I love you forever. Flopsy

And yes, inside her pouch there is a spell. 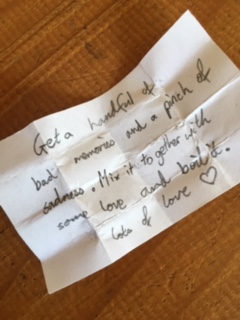 Get a handful of bad memories and a pinch of sadness. Mix it together with some love and boil it. Lots of love.

Oh my heart. That spell. It really is the answer.

I don’t know if Mirabel will be able to pass Flopsy on with her label intact. I don’t even know if Flopsy will go to a child who can read. But in this age of disrespectful ‘youths’ and online drama and drug use and horror, the simple joy of Flopsy gives me hope.

Flopsy tells me that it will all be okay.

The world is safe in your paws, and the magic of your apron.

*Maybe that was me