And she hated mountains. There was something about the air up there, a heaviness that stopped her lungs from expanding properly. A constriction in her chest. Much the same as the density of her star-sign. She wanted to dismiss astrology completely, in order to be free of the shackles of a personality that she never wanted to have, but when she voiced her rejection, people would titter, “Oh, that’s such a Capricorn thing to say.” She could neither win, or be liberated.

After a time, the ideas and expectations of those around her became self-fulfilling- the pygmalion effect to the extreme- and she sat in her practical home, with her sensible things and smiled a wry smile of contented disgust. She was proud of the things: they were to be revered, weren’t they? They made sense. They were functional. Each thing served a purpose, and each one was precisely placed.

At various times, things and people that didn’t make sense would bubble into her life. They would arrive in a colourful flurry of noise and excitement and for a moment she would feel her tear ducts tingling with the pure beauty of the impractical and frivolous. And then the moment would skitter away on the 10am sea-breeze, like the dust-bunnies under the couch, and she would look at the person, the thing, the idea, and think it silly, and think herself foolish for entertaining the idea that such frothy nonsense was of any use in her life.

And she would dismiss it all.

Then one day something happened.

Someone secretly delivered a bag of illogical things to her front door. Worse, they were placed there in the moment between her husband taking out the rubbish and the children taking out the dogs for a walk. How did they not see the anonymous courier? Was it some puckish sprite, poking fun at her with the promise of self-centred time to bathe in exploding bath crystals, and slather her skin in thick lavender body butter? Surely they must know that baths were for babies and a waste of water to boot, and body butter? It would make her bed sheets oily and pungent, requiring extra washing. What nonsense.

All these years she had eschewed all of the fizzy, delightful things, convincing herself that they were dizty and wasteful, when perhaps she just didn’t feel worthy of receiving them. Could it be that she didn’t see herself as being deserving enough to warrant the waste-of-time that items such as this implied? Or did she (remember, she was a capricorn) simply not like things that made her soften? She didn’t know.

And in the unknowing, something magical uncoiled.

Perhaps it was the unfurling of her caprine horns. Or just some secluded desire that had been tucked away for forty-five years, too shy to show up, lest it be seen as daft.

She realised there are far worse things than a little frivolity.

In fact, one far worse thing might even be, the denial of self-nurturing and expression of private truth… One of the very things she was always banging on about.

So she set the floating candles free in a simple bowl of water, and instead of bobbing around with the gentle flickering worthy of a Vogue Living cover, they melted together like a blobby Mer-Angel. And that made her giggle. (She never giggled. Laugh perhaps, but not giggle.) 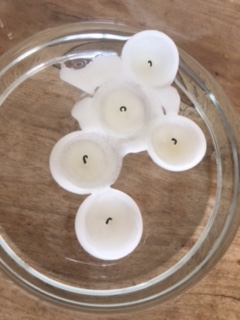 She lavished the body butter on her sun-kissed birthday skin, and yes, it did make her clothes feel a little sticky, in the muggy Queensland evening air, but beyond that, there was something delicious in the faint whisper of lavender, and the silken feeling on her skin. 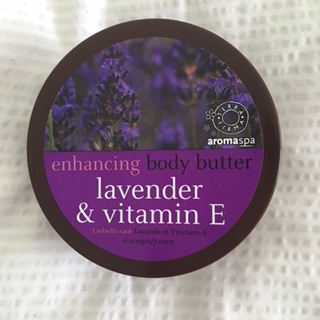 Perhaps she was really a Cancerian.