Here are my hits of the week:

1.  The joy all of you took in THIS post.  It feels a bit like when I was watching “What really happens in Bali” to see if that guy with the dreadlocks did his dough on that shitty old boat.  I sense you all took an unnatural joy in my misfortunes.  That may or may not be called Schadenfreude.  Either way, I’m going to assume you were all laughing along WITH me, yeah?  It was fun to hear you all laugh though.

2.  Being outsmarted by the Evil Geniuses yet again.  Next term the school hosts exchange students for a week, and the EGs want one because: Pokemon.  Apparently they think a Japanese student will know all about Pokemon, and they can pick his brain.  This is after Liam previously telling me that learning Japanese is “a waste of my time”.  Anyway, they went and told the school that we were interested, and I just hadn’t handed in the form yet.  Neither of these statements are true.  So now the head of primary has emailed and asked if that would be okay and if we could it would be great and no pressure but we really need some parents of boys to host etc.  She knows I’m a nerd.  I’m sure she can smell my nerddom from her office (which I would never visit, because: nerd).  So of course I have said yes.  For a nerd, I’m a bit stupid.  So now I have an extra kid.  Probably a smart one.  These two are already too much for my little brain. 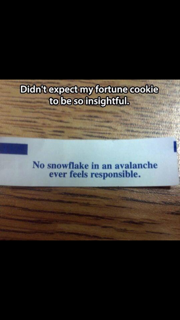 Apparently someone on Twitter got it in a fortune cookie.  I like it.  I like how it makes me feel.  Because that is just it, isn’t it?  It’s not OUR fault that things we don’t like in the world are as they are, WE are just little, insignificant snowflakes, aren’t we? 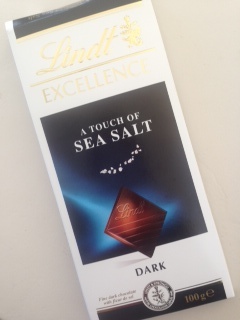 YES, you read it right, SALT. Who thinks of these things?

Have you had it yet? If not, get some.  I usually despise dark chocolate, but this stuff? Oh my.  Goes with a cuppa, goes with beer, goes with red wine, goes all riiiight on its own.

5.  Have I shown you this fruit bowl before? 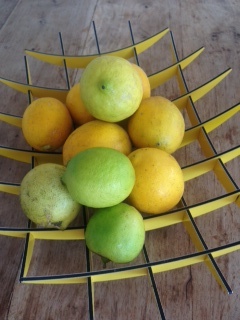 Maybe not.  It was made by my mate Ben at Infinity Eco Designs, and it looks fresh, with some citrus gifted to me from my country patients. Check out Ben’s webby, he makes some pretty cool things. I want the Arcade Game thingy, but it’s slightly out of the price-range, perhaps he’ll give me a discount if I blog about it? *

*Not a sponsored post, but you know I WOULD do one for a free game thingy. Ben? BEN?

Happy Weekend to you all, hope its a goodie.