Tag:
mental as anything
Family•Life•Music

Hey There You With the Sad Face 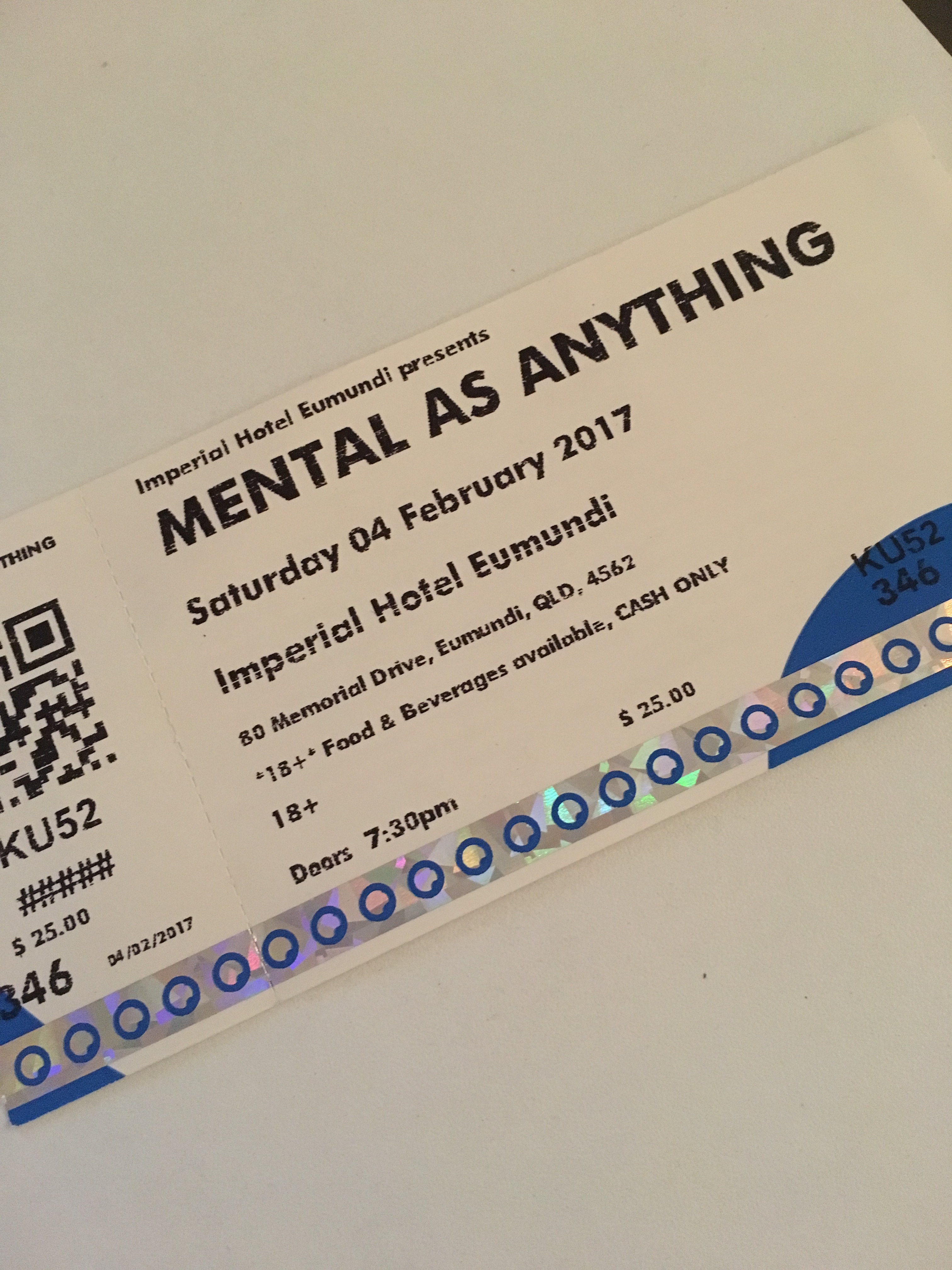 Once upon a time I had a Dad who was alive in this world and he loved music.

He loved to listen to it cranked up so that it drowned out whatever he was tinkering with in the shed. If you listened hard you could hear his sighing, gravelly voice joining in with that riffy blues that used to get under the skin at the base of my neck and make me want to shrug like Atlas. The blues gave them to me then, and they give them to me now.

Thankfully, he loved many other styles of music, with a record collection stretching from Abba to Zappa like a long line of Friday afternoon bank customers, craning their necks to see when it would be their turn on the table to start the party. His tastes expanded mine from 3XY, giving a breadth that allowed me to take in more than the latest chart topper, and aged my repertoire so that I often have people older than me take in my skin, and try to figure out my generation when I know the words to something before my time.

He taught me that music is to be shared and pooled and mixed together and made available to all. He was always a one for making tapes of the albums he bought home from Brashs most Fridays, taking them out of their slippery sleeves to check for scratches before reverently placing them on the turntable. I think he held his breath a little until the crackles gave way to the opening bars. And then he was away. Lost in the story and the emotion.

The first time I heard Mental As Anything we were at our holiday place at Torquay, where the salty west-coast winds flapped the canvas roof up and down all summer long, reminding us to get to the beach before the cool change came in. My Dad had made a TDK-60 recording to play in the black tape-recorder that sat on top of the 1950s fridge (Current paint job: royal blue).

“Woah-ho, the nips are getting bigger.” sang Greedy and his buddies, the flippy tune forming an exuberant sound-track to my latest Trixie Beldon. It was the one where they found some dope-smugglers and when I asked Mum how to pronounce “Mara-jewu-wana”, she snatched it away with a black-snake whip, until I could convince her that Trixie and Honey were catching the baddies, not sparking up. I spent most of the rest of those hols, humming along to the Mentals, and laughing to myself about how a song about fishing and the nips they were getting, could be so catchy.

Last weekend, Greedy and a new gaggle of fellas came to a little country town near us. Reg has gone onto other things, and Martin is pretty crook, but Greedy was there, playing his keyboard and belting out all the old tunes as if it was 1986.

At first I thought I might stand politely up the middle-to-back and have beer or two (I started out, just drinking beer.) and maybe lip sync a few songs then head home. However the first notes of the fist song did something to my synapses and within a beat I was back in that summer.

White zinc cream mixed with that hard, peeling skin on my nose. Lips infused with salt. Hair faded to light from the sun. Sandpaper sheets, and still, melting heat making it hard to sleep, whilst parents caroused- the cadence of their laughter and stories a backdrop to the click of the crickets. Eventually silent, only moments before the crows started their morning dance on the thick canvas roof. We would toss and turn and try to scrinch out the light, until the paperboy started his litany, “SunAgeAddyAustral-yan” and bleary-headed Dads in their jocks ran out to grab the news of what they were missing from their city lives.

So when Greedy started, I wove my way through the crowd like an eel, taking my place among the old and the young. The Old who were swaying to the echoes from a simpler life. The Young who were there for the cheap live music, or, in one girls case, because her Mum had loved The Mentals.

I sighed with her, and kissed her maternally on the head as she told me her story of loss and scattered corpuscles, and we toasted her Mum and we toasted my Dad and we toasted the silly, fizzy soundtrack that could take us back to a time and and place where our hearts were still whole and unscarred.

Where we could live it up.

Thanks Fellas, You’re still Mental As.