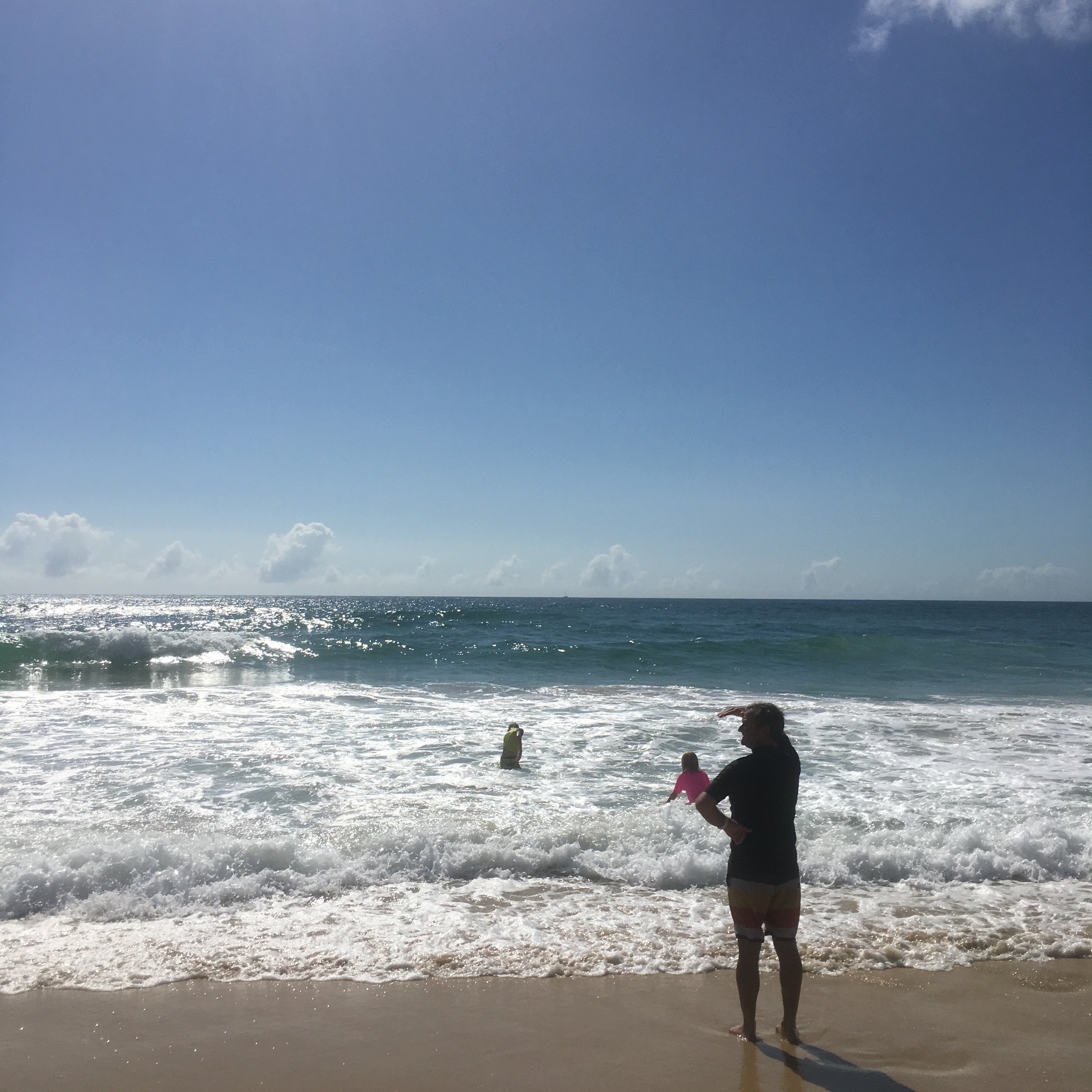 It’s the day for it, isn’t it? The day when all of your chosen media are full of everything you should-would-could do to make yourself more shiny from this moment forward. The implication being that somehow this whole last year was crappy, and were all personally in need of some kind of therapy. Depending on the algorithm and, what you have been looking at and liking of- it could be your body, your mind, your finances or just your shoes.

I don’t hold with that at all.

I think that almost everyone I know did the best they could in each of the moments. I know for me, some moments were better than others in the Champion Of All Things awards, but on balance, I did okay. And I bet you did too.

The end of the year can take on portentous feelings if you buy into it all too much. The endless lists of how-to and what-to and who-to can become overwhelming if you let the whelm come anywhere near your neurones. And it will try to flow over you. That’s its nature.

This morning we chose to pop over to the beach for the last time this year, I thought I would take some really cool pics of the kids frolicking in the gentle waves, and Nath getting barrelled. I imagined the sun would be rising over the water, creating diamonds of significant rays all ready to be captured. In my mind’s eye I envisioned a significant moment. Perhaps we would hold hands in the water and send out a frangipani, singing Kumbaya and Auld Lang Syn (neither of which any of us know more than two lines of) and say fare you well 2016. Something to mark the passing of the year, and the passing of my Dad.

Shit. I wasn’t going to mention that, but I have and I have and I have, and of course I always do, for the end of the year now always brings more to it than just the end of the year. It is also the end of a life. Which is why I attach more significance to this day than just an arbitrary date. For if we are to be real and say the truth, there is no inherent meaning in the moments from 11.59.59 to 12.00.01, other than the meaning we chose to make.

Ever since my Dad passed away on the first day of the brand new year, I wake up on the 31st feeling scratchy. Sometimes half a day goes by before I acknowledge the reason why, but whether I chose to look at it or not, the irritation is there from the moment I open my eyes. Sometimes I think I’d like to hurt someone or have them hurt me back, just so I can let the constriction in my throat burst out, and the prickling behind my eyes slosh away.

The beach was a fairly windy, which is never a good omen for me because: FRIKKEN WIND, and the surf was little more than a blown-out shorey with a massive sweep. The sand was too hot for children who had chosen not to wear their thongs, against my best recommendations, so: all.of.the.whinging. And then on her first ride, Coco cracked it because the salt water was too rough and TOO SALTY. Liam tried to paddle out the back a few times, couldn’t, and came sloping over to me, shoulders hunched in the posture of defeat.

And that was about where I lost it. Not in a major way, and not out loud, but in enough of a way that everyone knew to ‘Stay away from Mummy right now’.

I went up the beach a ways by myself, and wrote ‘2016’ in the sand with my big toe, and the waves licked it up.

I noticed the toe-nail polish from my Christmas manicure glistening in the sunlight and I thought it looked pretty.

I felt the despicable, messy wind on my two-day-old sunburn and I liked the slight cooling feeling.

I looked out to the horizon and saw a white yacht bobbing over to the edge and smiled at the memory of all the drawings the kids and I have done together over the years.

I saw Nath standing with his back to the dunes, hand up shielding his eyes, watching the waves, watching the kids, watching out for us in the solid, stable and careworn way he does and I realised that even in the shittiest moments, in the seconds where I feel the most broken and fragmented, I have this wonder of a man in my life.

We didn’t sing Kumbaya or even One Love. There were no petals set free. The kids still carried on about things that kids do. My sunburn still stung and we still have ants in our bathroom. There is still paperwork to be done, and tomorrow I will probably have a slug-like hangover rather than fluttering into the new year on rejuvenated wings. And my Dad is still dead.

But there is coffee for tomorrow and champagne for tonight, and we all do the best we can with what we’ve got, and some of the moments will be mundane and muddy and magical. And so it goes. Come by here and Kumbaya.

Fare You Well, Regular Reader. Travel Well, Travel Light, Smile When You Can. 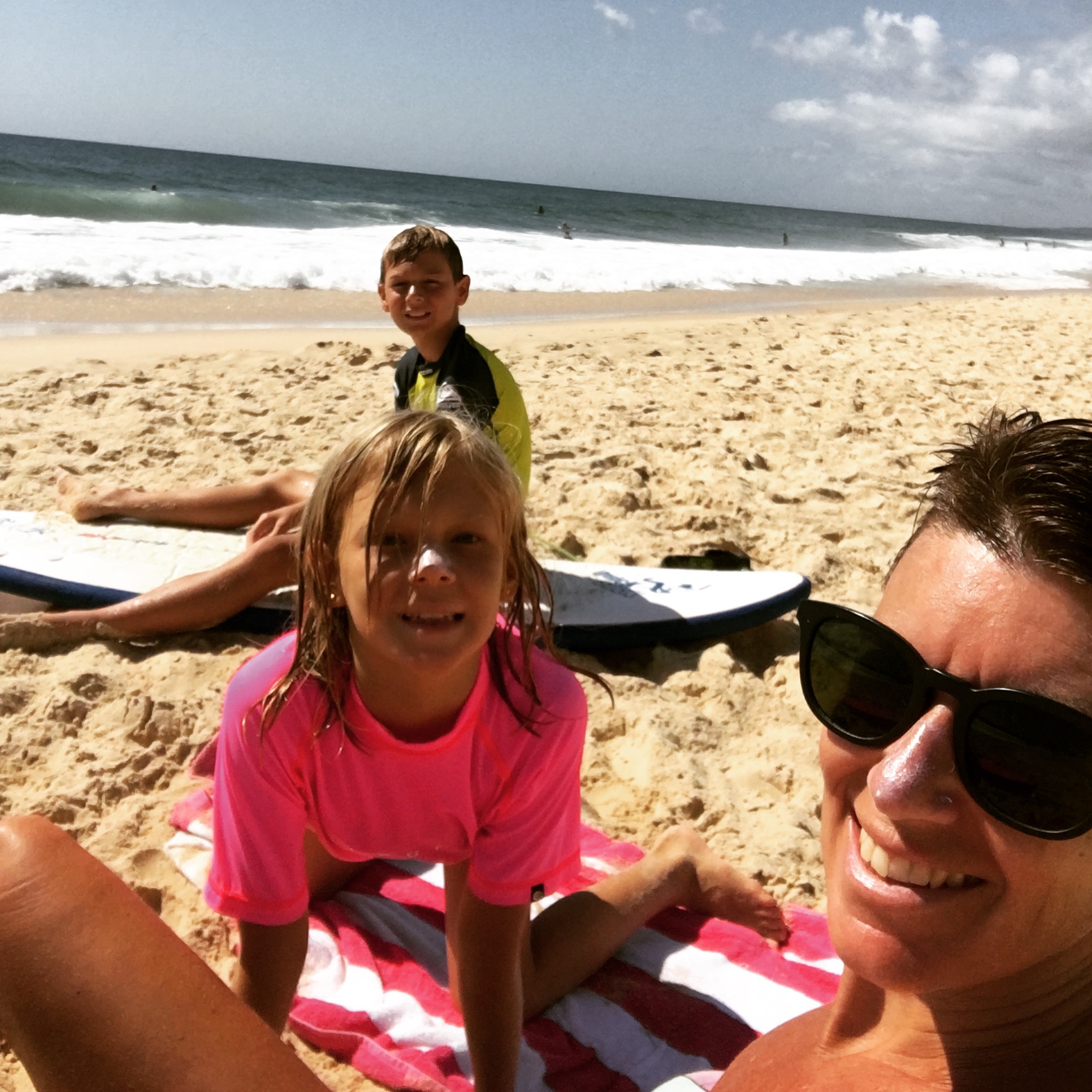