I have an embarrassing confession to make. But I think you might like it, so I’m gonna spill the beans.

Over here at The Asher’s we like to work as a team, and a little while ago I thought a team should have a team song. A theme song to sing on long car trips and to get us psyched up before big shopping trips. Or something.

We consulted the kids, without consensus. Liam wanted Thunderstruck, and Coco wanted some shite Minecraft song that isn’t really fit for humanoids to listen to.

So I made the decision, and I chose the most uplifting song in the world.

Don’t tell me you don’t love it.

Do you have a family song? What is it? 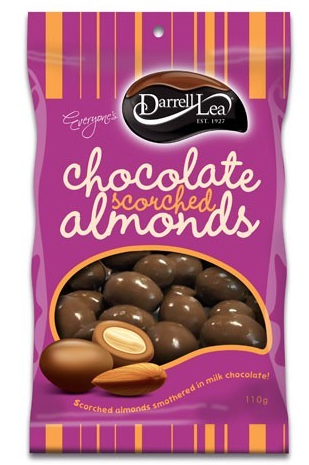 They used to be in a box. (Sigh) Progress.

I saved and saved up all my pocket money to get my Dad something special for Father’s Day. Mum took me to the shops and I went directly to Darrell Lea, running off before she could offer advice involving socks or cheap whisky. Darrell Lea in those days was an absolute mind bender. Tiny glass bottles filled with striped tooth-cracking sweets. Rows of glistening caramel fudge. Straps of liquorice in vivid black and, get this: red.  Shelves and shelves of cellophane wrapped delicacies to make taste buds zing.

I walked round and round, breathing in the sugar infused air and forgetting why I was there, until my eyes lit upon the tiny eggs of excellence, known as scorched almonds. I knew I must have them. I counted out my silver and copper and secreted them away, ready for the big day.

My Dad looked at my face when he opened his present, and so he knew how special I thought it was. He looked at my eyes, and not at the wrapping, and so when he carefully tore it open, he saw a way to build me up and create another blanketing of self confidence, his mouth turning up a little at the corners as he told me scorched almonds were his favourite things ever.

I will never know if that was true, or if it became true with time, as the years added up, every time I remembered. And every time he pretended to be surprised that the familiar box, with the comforting clunks inside, were his scorched almonds. “You remembered my favourites,” he would say, and my chest would puff up, prouder than an airbag, and I knew I could arm-wrestle the world right there, and I would win.

It has been a few years since I have been able to give my Dad his scorched almonds. A few years since we have been able to sit together in silence, eating our almonds in our own ways. Him: crunching through the thick chocolate to get to the nut quickly and eat it all as one. Me: slowly sucking the weird, shiny layer off first, then allowing the chocolate to dissolve and dissolve until finally chomping the almond, with tiny traces of chocolate remaining in the grooves.

It has been a few years, and still, every year I buy the almonds, and every year I eat them alone. Alternating between his way and mine. Remembering all the times he built me up a little bit and then a little bit more. Until the layers of confidence, resilience, tenacity, strength were as thick as the bitter-sweet chocolate, buffering, protecting the nut inside.

Blood: Can You Spare a Few Drops? 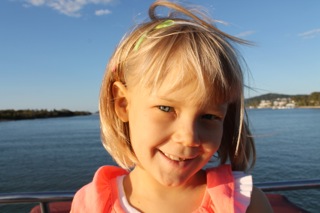 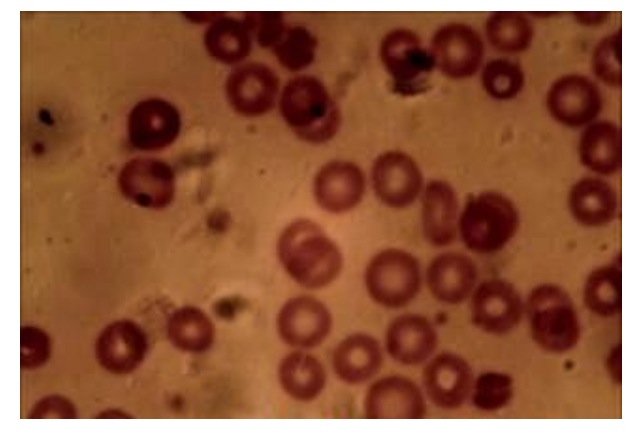 It is our life force.  It is a clever fluid that carries oxygen to our cells.  It takes our every breath, to every part of our bodies.  And then it lets us breathe out again.  In.  And out.  In.  And out.   And repeat.

Without it our cells would be gasping, asphyxiated.

And we would die.

It looks alarming when we see it outside the precious tubes of our arterial network.  It is so bright, so vivid, and so shiny that it almost seems to have a life all of its own.  If you look at a drop of blood closely it seems somehow thick with vibrancy and hope.  A crimson lustre, full of promise and potential.

Most of us don’t think much about it.

From time to time some of it may leak out of us, in scratches and cuts and scrapes, and we wipe it efficiently away- red blots on white tissues- and discard it without a mind, for we know our clever bodies will make more and more and more.  And repeat as required.

For without it, we would die.

But sometimes people can lose more than they can make.

And sometimes, some bodies have diseases that break down the blood too quickly.

And some other people, through no fault nor folly of their own, make thousands and thousands of the ruby red discs, but those bloody little frisbees are left wanting: wrong shape, fuzzy edges or missing some parts, so the intelligence of the body sends them to the liver.  For termination.

And yet, without these biconcave saucers: they will die.

This child is one of those.

Thankfully, she doesn’t need your blood this week, but one day soon, she will.

Please, roll up your sleeve, and share some of your carmine elixir of life.  You’ll make some more, I promise.  In fact, you’ll do it without even knowing.

She, however, simply can not.

Blood stores are at a critically low level at present, so you will be hearing me parp on about this all week.

Please call 139596 to make an appointment, or visit the Red Cross Website to find a location, check your eligibility, or share this information with your friends.

Not everyone CAN donate, so those of us who are able to, have the ability to SAVE A LIFE… I think that’s a super-power.

…Thanks and Love, From The Ashers xx

If you heard a really loud bang / gunshot / thunderclap sound this morning, don’t be alarmed, it was just me.  Patting myself on the back.

You see, we still have baby monitors in the children’s rooms (Because: mental), and so, as they were getting ready for school this morning, I could hear some lovely singing coming from their rooms.  They were harmonising together in a lovely unison, that can only be achieved with the voices of siblings (Think: Jack and Meg White, Vicka and Linda Bull.. You get my drift.)

The reason for my back-patting-ness, was that they were singing The ABC song.  You know the one, that ends with “Now I know my A-B-Cs, next time won’t you sing with me.”  I was thinking to myself how lovely it was, in this day and age, that they had managed to maintain their innocence in such a world.

I felt like had achieved the trifecta this very day:

1. Children that were independent enough to be getting themselves ready for school.

2. Children that were naive and shielded enough from the horrors of the world that they would sing such a lovely little litany.

3. Children who enjoyed each other’s company so much that they would sing sweetly to together, whilst happily getting ready.

They got to the end of the song, and where I expected to hear the familiar lyrics, they sang something else.  The quality of the baby monitor wasn’t sufficient to pick up the exact words, so I went in to see what they were singing.  It went a little like this:

“Now I know my ABCs,

Gummy Bears are after me,

One is peeing in my shoe.

One of them has got a knife,

Now I’m running for my life.”

As Liam mimed something that would have put the shower scene from Psycho to shame.

Nothing wrong with our parenting.

Are your kids also psycho?  C’mon, tell me they are. 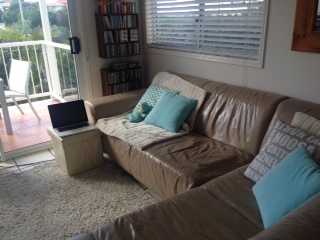 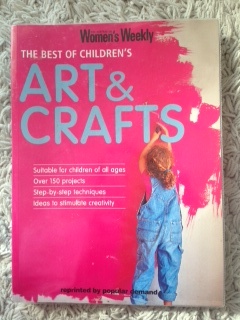 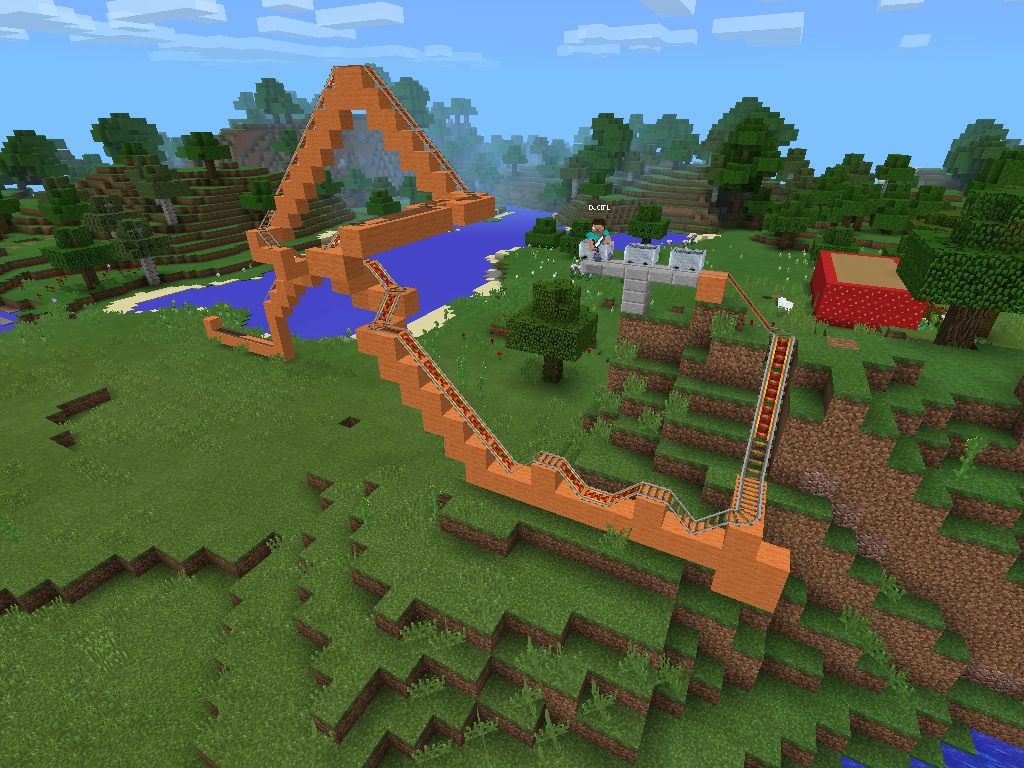