So The Ashers are on a secret mini-break in New Farm.  Secret because we are at Mum’s joint (who is currently holidaying herself around bloody Europe on my inheritance), and we haven’t told her.

We have availed ourselves of the house rules: 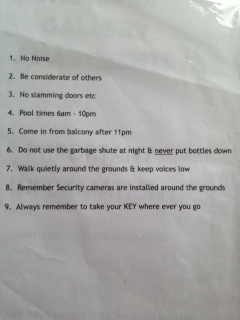 The real purpose of this blog is that we went to NEW FARM PARK.  The best and most dangerous park in the Southern Hemisphere.  Have you been?  It’s amazing, in that the park is built into the wizened old Moreton Bay Figs.  It’s sweet.  I’ll take some pics tomorrow if I can be bothered.. I didn’t have the foresight to take the camera today.  To up the ante I took a friend who has no children.  So that was fun.  Or something.

Here are the things we saw:

So all in all, a pretty good initiation for my mate into the “other world” that exists that side of a viable uterus.  I think there’s a fair chance her womb is now barren.

Now excuse me, we have this to attend to: 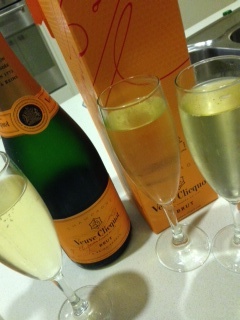 This is what happens when you have mates with no kids. #winning

See you on the other side…