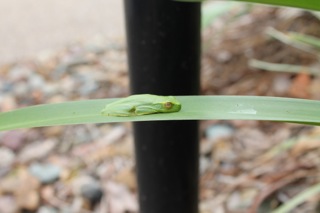 I am the world’s best procrastinator.  I put off everything that I can, until it becomes painfully impossible to ignore it any longer.  I create situations where I have a feeling of ‘something hanging over my head’, that gets so heavy and cumbersome that it pushes me forward and threatens to crush my lungs .  It is only then that I do it.

I did it today.

Together, they took three and a half hours, tops.  Two things that had been squeezing the joy out of my evenings, as I would plant my lazy bum on this very comfy couch and make deals with myself about how I would get up and at least start one of them soon/next ad break/after writing this next blog/as soon as I finish this cuppa.  After sufficient time had elapsed and it would become obvious I wasn’t even going to start them, I would skulk off to bed, vowing to get up at 5am and eat the frog.

But I never ate those frogs.  And of course I never got up at 5am.

The only frogs I eat are choccy

So like I said, today I made a deal with myself that I would do just one of the maligned tasks, and then strangely, I felt so relieved and energetic after one, I did the other.  They weren’t even difficult.  And now I can breathe fully again.  Just like that.

That’s not to say that that is the end of tasks that require my attention, but having those two millstones removed has created a space and a freedom that I didn’t even realise was being so choked off.

I’m writing this blog to share my relief and elation, so that I might come back here some day, should I ever get to this level of procrastination again, and remember how wondrous it felt, to be like Nike.  I’m also writing this in case you too are putting off some reviled task, with the futile hope that it will go away.  I want you to get a sense of how BLOODY GOOD it feels once it is done.  Of how you can completely relax your shoulders.  Of how you can take your time over dinner.  Of how you can savour your evening, instead of wishing it away.

Kelly Exeter shared a tip one day: if it takes less than a minute to do, do it right now.  (I’ve changed that to two minutes).  It has lead to a life with much less clutter.  Previously I had too many jobs ‘for later’ stored up in my head.  Ten simple jobs that could be done in the moment can add up to a lot of mess.

The other thing that helped me today was to really get into the feeling of euphoria once the first job was done.  I’m trying to create a cell memory of that in my mind and body so that I can try and access it next time the old pleasure/pain strategy of putting things off until they are stressfully urgent tries to rear up.

I don’t know if this new strategy will be the end of a lifetime of procrastination and cramming, but stranger things have happened.

What are you putting off?

Will you start it today?