Liz Gilbert Creativity Challenge*: When I was 8

That was then, this is now

When I was eight years old I got my first pair of roller-skates.

I woke up on Christmas morning with anticipation that shimmered in front of me like the gauzy curtain of a boudoir. I ripped it aside with nary a thought of how it may have been thoughtfully placed to create a mood, such was my desire and my need.

I ran to the box that was the size and the shape and the heft of the things I had been wishing for since at least November, which of course was the same as forty-seven years in my eight year old chronoestimation. I held the box in my hands and waited a century-second before hungrily tearing off the slippery-gaudy-cheap paper. Skates. At last. Skates.

My heart stopped beating for a moment-year, and I buried my face in the remnants of that gaudy paper, ashamedly scratching away the look of horror, before my parents could see what the face of an ungrateful child looked like.

The skates were white, yes. The wheels were red, yes. They were boots, yes. But they were Hang Ten. I wanted Redstones. More than wanted: I needed Redstones. In that moment of complete and total disappointment, I knew that there was nothing I could do, and that I would never have Redstone skates. The part of my forebrain that somehow knew things that adults knew, was aware that this was probably my one shot. My one chance at owning Redstone roller-skates. And now it was gone. So close / so far.

I forced a smile to my mouth and to my eyes, and carefully laced the hideous wrong-skates. My parents were overfrothing with the happy that comes from seeing their child truly love the carefully-chosen gift so much, that they can’t even speak. I couldn’t speak.

To keep my hands from shaking and my from eyes crying, I began the soothing task of lacing, and once done, I slowly made my way down the slick cement front steps. Each step was heavy with the despair of the wrong-skates. I took a deep breath, bent my knees slightly to get my centre of gravity just so, and pushed off down our driveway.

The skates rolled forward like nothing I’d ever felt before. They had a power of their own. I barely needed to push- I was gliding, gliding, flying, gliding.

“Am I flying? I think I’m flying!” I screamed so the people two streets over, behind the Henwood’s double storey house could hear. “These skates are AMAAAAZING.”

I skate-flew out onto the road, and lifted up to the touch the lowest lying clouds with the three lateral fingers of my left hand. From my place above the world I looked back to see my Mum and Dad below: she leaning into the space at the front of his chest where she fitted like a nesting cup, he with a grin that threatened to split his head open like the watermelon on that weird knife ad.

I think I heard him shout, “I know you wanted Redstones, but the Hang Tens have better bearings. They’ll roll better.”

I didn’t exactly know what that meant, but that day I knew without a doubt what considered, quiet, caring, love meant.

The very best kind of love. Love that makes you fly.

*This was created from a prompt from Liz Gilbert’s creativity challenge: What did you most love to do when you were eight? It was supposed to take 20mins. I failed- this took me 37minutes. Oh well. Close, as they say, but no cigar.

What did YOU love to do when you were eight years old? Do you still do it?

I mean that- why the hell not? 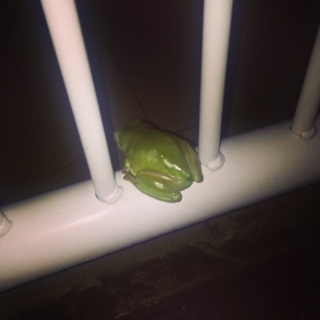 The View is Perfect From Up Here…

There’s a meme that is doing the rounds at the moment, and if you’re a Mum and on Facebook you’ve probably had it pop up in your feed once or twice: 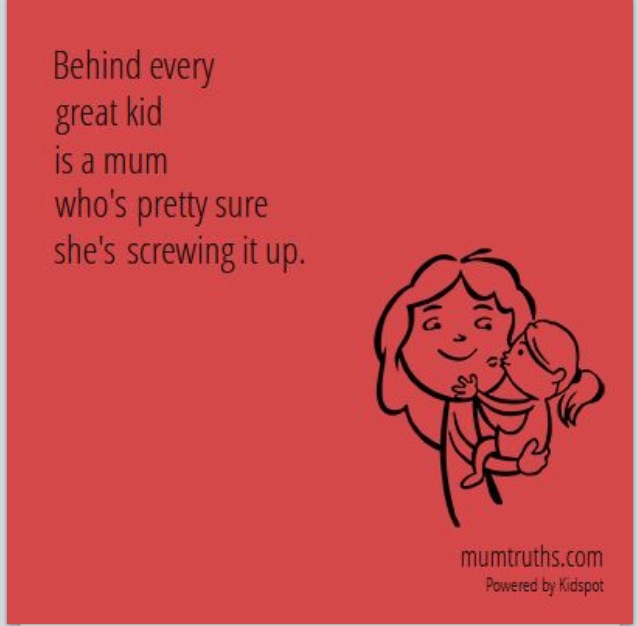 A little slice of Mother Guilt anyone?  Come on, just one more tiny wafer….

And rightly so, I say, because a lot of you are screwing up aren’t you?  Maybe not in astronomical ways, but in little, insidious ways every single day.  Sometimes without even realising, you are messing up your children’s brains and lives forever.

But not over here.  Up here (on the moral and ethical high ground) the view is perfect.  Over at The Asher House we are all neat, kind, well-mannered, successful, happy, wise, talented and, well, perfect.

I have delved into the my phone to find documents to regale and impress you.  And of course prove my superiority.

I found this little love note on Liam’s desk a few years ago.  Ahh Liam, my gorgeous, quiet, gentle-soul of a son.  In case you can’t read it, it is poignantly entitled Liam’s Revenge and even better than a sonnet, it is more of a To-Do list.  A list wondrous things that he will do to his little (then 4 year old) sister.  Just quietly, I was relieved to find the note and be alerted to the plans of the PSYCHOPATH before Check Box One was completed.  Please note the tasks Three and Four: “Brake (sic) the things she makes” and “Call her names” have been successfully performed.  We are so proud to have such a committed high-achiever for a son.  I think most of the pundits would agree that goal setting and completion of tasks are the marks greatness…. Or perhaps it is vengeance that is the sign.  Obliterate the competition.

Coco has just started violin lessons, which brings much joy to our home.  This morning I was pleased and impressed to see she has penned her very first song.  It is without a title so far, but I think you will agree, it is the work of a prodigy.  There is a fair bit of crossing out, so perhaps the final words are still under review, but the chorus is truly wonderful.

In case the meaning escapes you the lyric is:

They mean the same thing

They come out of people’s bums.

(The chorus went on for quite a while, like any good ‘pop’ song… see what I did there?)

So there you have it, THAT is what perfection looks (and smells) like.  If you feel like you aren’t keeping up, feel free to drop me a line.  I think this year I’ll run some courses on pyshco and maestro hot-housing.  I’m clearly onto something.