Do you set yourself goals?

I do, and sometimes the goal itself isn’t the reward (although according to the book I’m reading Your Life in Half a Second, it should be). But no, sometimes the goal is a bit shit, like paying off some debt or doing a First Aid course, so I have to structure in a reward once I get there.

And sometimes the goal is awesome, but it’s painful to get there, so I have to give myself other bits of pain, to help me along. I know, I know, it’s weird, and I should be motivating myself to move towards pleasure, instead of away from pain, but I wonder sometimes if I’m just not wired that way.

When I was a baby, I apparently HATED having a wet nappy, and so I reportedly toilet-trained myself at 9 months. (Yes Mums, my Mother swears this is true… Hmmm…)   The same went for not being able to get into ALL OF THE THINGS, so I learned to walk. So even then, I was motivated by either getting stuff, or moving away from undesirable situations.

This year I wanted to go to the USA for Christmas. I have a brother and sis-in-law there, another brother and sis-in-law who will be going there, and Mum who jet-sets around the place like nobodies business. So everyone else saved their pennies and booked their flights and prepared for fun times with egg nogg and Ugly Christmas Sweaters and singing by the open fire. Except me. I mean I saved a bit, I guess, but not enough. “I can’t help it,” I wailed, “it’s expensive to be me you know.” (And etcetera.)

As the time to loc- in a flight drew ever and ever closer, I had to invent more and more leverage to get me to save the money. I imagined missing out on all the laughs, I pretended that perhaps one of my mob was dying, or would die in the next year, and this would be my last chance to see them, I thought about my kids not waking up with the Nanny they usually have Christmas with. None of it was working.

And then, in the backbackback of my crockery cupboard I found this: 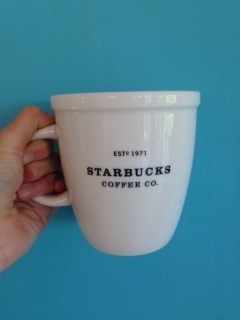 Not sure if it’s for drinking out of, or bathing in

And I vowed, that until I saved the money to go to America, I would not be allowed to drink my morning coffee out of anything else, nor would I be able to drink any other coffee than this: 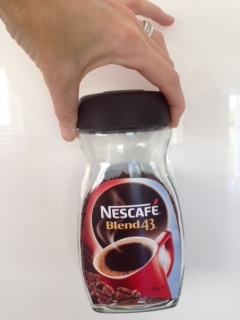 I suspect this may be poison

There was to be no Nespresso at home, no capps at the local cafe, no sneaky little jaunts with friends after drop-off for ping-jections of that sweet brown nectar of the gods. Nope.

And then, somehow, with the help of Flight Centre, all night google searching of airline prices, a change tin filled with two-dollar coins, and the invention of early Christmas presents, this happened: 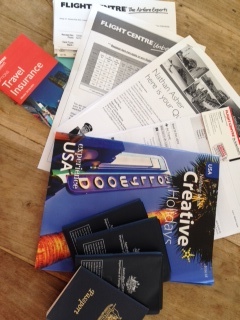 And then this happened:

And now THIS CAN HAPPEN: 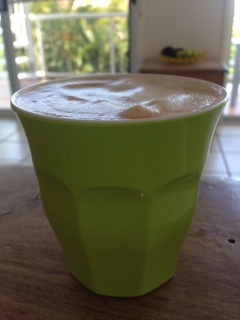 I’m not sure what I’m more excited about. (I love you, Nespresso Machine.)

So, what are you doing for Christmas?

And how the heck do you motivate yourself, other than drinking daily poison?