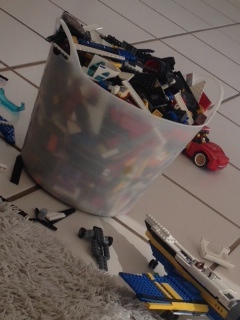 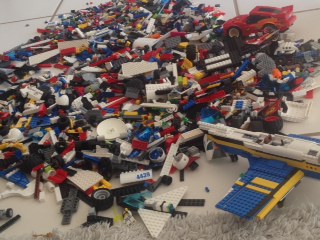 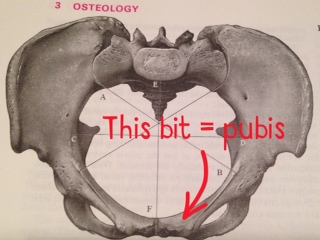 Image courtesy of Grey’s Anatomy, 37th ed. I knew that bloody heft of a forest would come in handy one day…

Me: Hey mate, I hear you are growing a bit of a Mo, how’s it going?

Liam: Not bad, not bad at all.

Liam: Yeah, its’ coming along, about on a par with my hairy legs, and a little in front of my chest wig.

Liam: It’s weird, I have this Mo, but no other public hair.

Me: Huh? Did you say public hair?

(Gestures to his nether regions. Thankfully he doesn’t feel the need to elaborate with a display at this time.)

Me: It’s called PUBIC hair, mate. As in, the hair that grows near the pubis, pubes, or pubic bone of your pelvis.

(Now I’m gesturing to my nether regions. Oh sweet life, WHAT is going ON here?)

Liam: Ohhhhh, I thought it was public hair, as in, it tells the public that you are ready to reproduce. And stuff.

Conversation Officially Terminated at 7.10am. Way too much information has been shared before my first coffee (or wine). I do not wish to know what “and stuff” is. Not at all.

So how are your pube-y talks coming along?

Have you been putting your pubes out in public? (For strictly reproductive reasons of course) 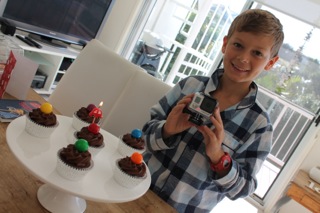 By the time you read this, it will be exactly one decade since we welcomed this dude into The Ashers.

But of course we weren’t really The Ashers then, we were just Al and Nath. This little fella made us into something bigger than ourselves. He popped into my uterus as a bit of a surprise, what with all the androgyny of me (It’s okay to say it, I know I might not be the most voluptuous, oestrogenic looking chick on the planet) and the cancer of him and his boy bits. I think it’s safe to say I thought that we would be pretty safe from being Offspring Infected. I didn’t even have my fingers crossed in ‘Barleys’ like we used to at primary school. (Yes, I know, it was my legs that should have been crossed)

So he buried himself deep into the warm folds of my womb and stayed there until he was nice and ripe and he was fit to burst right out of my skin.

He birthed himself just like a text book, and followed our every plan to the letter. So many times we would look at each other and say, “Is this for real? Is this kid Baby of the Year or what?”

He is funny, quirky, clever, challenging, straightforward, just, logical and about seven steps ahead of us most of the time. He has a blog over here  if you want to see how he rolls. He has a strong sense of self, and so far, I think that is what I am the most proud of (other than the fact that I pushed his 9lbs7oz out of my very own vagina).

I thought he was talking about footy, “What do you mean, the competition?”

He looked at me like I was an idiot, “No, life, it gets rough from here on.”

Now it was my turn to look at someone like they were dopey, “I’m forty-three mate, my life isn’t rough. It doesn’t have to be rough.”

He sighed again, speaking slowly, as if I was a little feeble minded, and counted on his fingers, “Your Dad died, you have to make the lunches every day and then there’s taxes.”

I laughed and told him he didn’t need to worry about those things for a long time.

He looked doubtful and said, “It’ll be here before you know it. And the lunches: every.single.day.”

I left the room, shaking my head at this little grandfather-child we were raising, a little sad that he knew all of those things so early: the repetitive nature of life, and of death, and of course taxes.  I worried that some of his attitude was from having a sister with a thing, from spending too many of his days in hospital waiting rooms, seeing things beyond his years.  Or perhaps it was from his precocious reading, devouring stories meant for more mature minds. Or maybe it was just that he had seen too much of death and The Cancer. I vowed to bring more frivolity to his next decade. To encourage silliness and nonsense and time-wasting. To create space for daydreaming and giggling.

And then I heard some stifled laughter coming from the wizened one’s room, so I popped my head around to see these two idiots:

goggles on, and taking pot-shots at each other’s heads with Nerf guns.

My heart lifted a little.

Maybe there is hope after all. Maybe the next decade will be just fine.

Happy Birthday Liam. You rock. And not just on the drums or the guitar or on the…erm…clarinet

From the archives: Just a Little Thing

The blog today is one from the vault: A story about blood and transfusions and little enzymes.

And by the way, Coco isn’t getting her transfusion for a few more weeks, but given the critically low levels of blood stores this week, I thought it was worth remembering how a little thing like a giving blood can mean so much to a little person.  Coco might not like getting transfusions, but she definitely loves how she feels afterwards.

If you are able to donate, please consider doing so this week.