I’m off to the Melbourne Comedy Festival Roadshow at The J tonight, so chances are I will be testing out the patency of my Menopausal pelvic floor, and attempting not to urinate with mirth on those around me, at the time that I would usually be tucked up with a cuppa and reflecting on my hits of the week for you.

So here they are, contrived a little early, during a week that was shortened due to: VET VISITS.  Did I mention I drove to BRISBANE (yes, I left The Shire) to go to the PET OPHTHALMOLOGIST?

1.  Woofa Butterball Popsicle Asher the cat, may be blind in one eye (bummer for her) but doesn’t need an operation with the teeny tiny instruments flown in from El Salvador.  That puts me one up on good old George here.

2.  The following is a snarky tweet (I know, sarcastic, who me?) I sent to the Twittersphere during the #MKR final, that was then favourited by TW Week.  It made me laugh.  Apparently they didn’t read my previous tweets.

It’s my second favourite claim to Twitter fame.  The best was when I tweeted Rodney Eade when he was on AFL 360, that Bob Murphy needed a haircut, and Robbo read it out and they all laughed.  It should be noted that Bob has since had a lovely neat haircut, so, who knows how one small thing we think or say today can affect the lives of, well, one person, tomorrow?

3.  And whilst I’m on the Twitter thing, there is a man I follow over there who I follow so I can keep an eye on what he is up to, not because I like what he says.  He is extremely vehement on all manner of things, and of course, he is entitled to his opinion on how the world should be, that is his right.  He can also run his Twitter and FB however he likes.  What I don’t like is some of the horrible things he says about people I know and love.   People just doing their best in their daily lives, trying to help those who come and see them for assistance.  It gets me cross.  To soothe myself,  I like to imagine that he is coming from a place of concern for others and maybe even working for what he truly believes is the greater good.  Or maybe he is just a weasel.  IDK.

Anyway, this week he got blocked by Ricky Gervais (after Ricky warning Twitter he was going on a “blocking spree’ and blocking any negative comments).  Call me a nasty pastie, but I was a bit gleeful when I read the fallout from a blocked bully:

Oh yeah, tell the man how to run his own FB

Look at him seething (Ricky can’t even see these tweets, mind you)

4.  And on balance, to restore the nice glow of the interconnectedness of all of us, there was this lovely post on Instagram by gorgeous Smilechickie.  I love Mark Twain. ( And he doesn’t even mention Twitter… Go figure.) 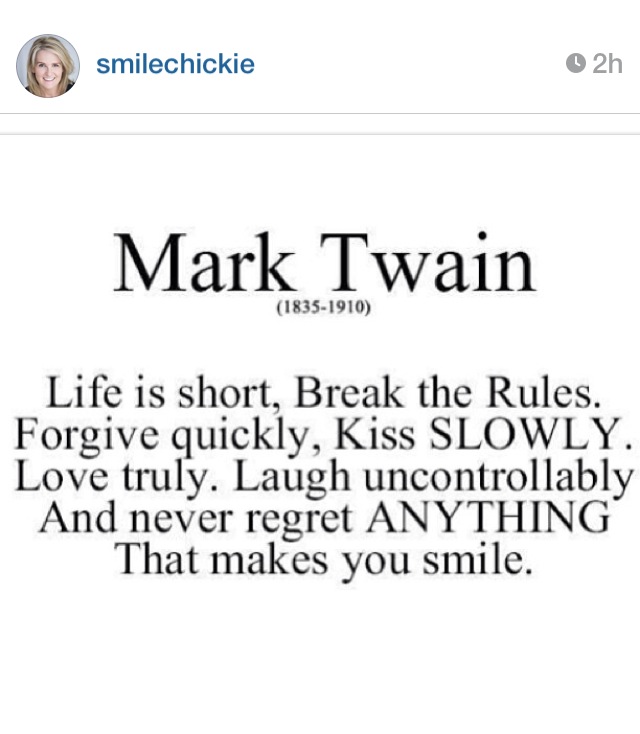 5.  I’ve kept the best and possibly, maybe, dare I even say it out loud, most exciting thing until last.  Feast your eyes on this: 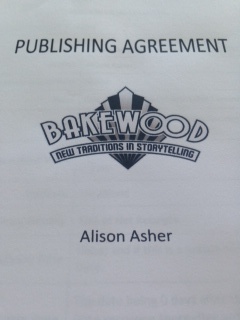 It’s only early days, and maybe Steve and Emma are just toying with me and my “tortured artist” sensibilities, but hey, it’s fun to think that this may one day be a thing.  And perhaps one day soon you’ll all be carrying a little part of From The Ashers around with you on your idevices or whatever it is you youngies read things on these days…  Who knows?

Aside:  I just wanted you all to know that I am of sound mind, and I am happy.  I know I post a lot of dreary stuff about people who have died and who I miss like sunshine, but please know that I am okay.  This little space that I have claimed as my part of the internet is for my musings and ramblings and yes, sometimes outpourings.  Part of me writing about the things that fire up my neurones is to bring my emotions into sharp focus so I can examine them properly and clearly.  Even to dissect them at times.  Also, I like writing about things and people that matter to me, so that they too will share this internet cubbyhole with me.  I like them sitting by my side, as my fingers fly across the keys, making the only kind of taptaptapping music I know how to create.  Thanks to all of you who have expressed concern, but I am okay.  I just have a lot of feels sometimes, is all.   As Hayls would say, Big Love xx