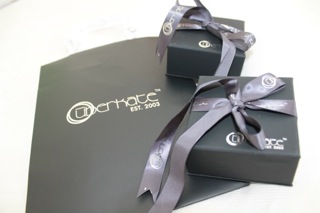 A long time ago, one of my friends told me a story about how she only had five friends. We laughed at the time, but as the years passed I began to think that perhaps that was about right. We know more people than that of course, and we often have friends for various activities in our lives: the exercise friend, the straight-talking friend, the partying friend, but really, when you think of the people in this world who really have your back, the ones who know all about you, and somehow still like you anyway, there’s only a handful, isn’t there? Five, six, maybe eight tops.

Last year one of my top five died. You RRs know her by now of course, but if you’re new here, her name was Hayley and she bloody lit up the room whenever she entered. I wish you could’ve met her. She called my on my nonsense and she somehow knew just what to say to lift me up, no matter what the cause. A friend like that is rare and valuable. If you have one, cherish the fuck out of them. Because you are lucky.

So, in many of our long languid Queensland days, where we would chat and laugh for what felt like forever (we thought it would last forever, why couldn’t it last forever, dammit?), we named our top five, and, just for fun (and because we were sometimes assholes) we ranked them in order.

I was Hayley’s third best friend, and there was always much banter around that. I would joke of how I would knock Number One and Two off their perches one day.

But my friend Hayley died, and I never got the chance.

So now the rankings are set in stone, forevermore.

A little while ago BabyMac ran a competition for a gorgeous Uberkate silver banner necklace, stamped with the words of your choice. On a particularly grievish day I entered, boring poor Beth with the story of my sadness, yet one more time. I wanted to win so badly I even pulled out the Jamie Oliver card- sending her a pic of all three of us girls; Numbers One, Two and Three, and Jamie, relegated to a zero these days, with no Hayley around to shuffle the rankings.

And because Beth has a heart that is as kind and as sweet and full of substance as an Anne Cake, she let me win.

So the rankings shall stay as they are: Carlsy (and James, yes I know, you are 1b Jamesey), Jo and I. And now we have necklaces to prove it.

They don’t fix anything.

In fact, they might make things a little worse for a time. Because in wearing them, we recall our missing friend even more. The heft of it pressing on the sternum makes it a little hard to breathe at times. Perhaps it is heavier than it’s actual weight. It feels like it. But after a while, I hope it will get lighter, or perhaps I will adapt to the feeling.

And people will probably be attracted to it’s lustre. They will read the words, and they may ask what it means. And I will be able to tell them about my friend, talk her back into the world a little, make a space for her in the days that go on, even though she does not.

They are beautiful and shiny and bright, these necklaces. I am grateful to Beth and to Kate for them.

They reflect the light in a way that reminds me of my friend. 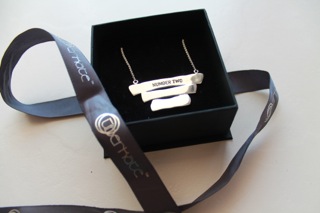