Gough wouldn’t sit for his traditional portrait following the dismissal. This is the Archibald portrait by Pugh that he insisted be used

I was one year old, when, to the catchy tune of, “It’s time” Gough Whitlam came to rule over Australia. And rule he did. In a flurry of chaotic activity he did so many things to change the landscape and the philosophy of the suburbs I would grow up in.

By the time I was three years old, University education was free, divorce was ‘no fault’ and women were finally being heard.

Heady things for a girl-child growing up in the Western suburbs of Melbourne.

Macabre as I am, I like to reflect on my life from time to time, and consider what my eulogy will be like. Who will speak for me? What will they say? What will be my legacy?

Yesterday, on hearing the news of Gough’s passing, I sat still for a time, wondering at the legacy of that silver-haired silver-tail. In his short time in power he achieved so many things that have enriched my life, in ways I never even really stop to consider. As I sat in my minutes of silence yesterday, I shed a tear for a man I never met, who quite frankly, has allowed me to have the life I am so lucky and grateful to have.

Most importantly, I grew up with family harmony and cohesion due to his divorce reforms and the provision of legal aid. Then, by extension I was able to see my Mum find her soul mate and true love, instead of being bound by archaic laws that would have trapped her in a stale, repressive relationship with my biological father. Such important imprinting for a pre-school girl.

I also grew up not wondering if I would go to university, but what would I do when I got there. I am at the first of my family to go to uni, grabbing those florid, precious pieces of paper that allow me to work and play in a career that makes my heart sing, and (hopefully) enhances the lives, and expands the potential of the beautiful people in my community. I would never be a chiropractor without Gough’s impact.

The year I started Uni HECs was being introduced and we campaigned and rallied against it, sitting in, and shouting out. For many of my uni mates from private schools and prosperous families, the demonstrations were a bit of a lark I suppose, a chance to shout a little and have a grown up tantrum, but I was shouting from my core.

Growing up in the West, university education was still seen as privilege and a gift, and I was terrified that Bob Hawke was more concerned with The Australia Card and Expo and crying on telly over being caught womanising, than taking care of tertiary education. For the first time in my life I realised that studying within the sandstone walls of Melbourne University was not a right, like I had grown up thinking.

Rather, it was a present to the future, from a politician who swept in like a tornado and shifted the soil and planted the seeds of a new Australia. The suburban Australia of my happy, healthy, golden childhood.

He really did change my world, and define us as The Lucky Country.

Thank you for the life I have been able to live.

There’s a reason why I don’t watch the news, or any stuff on television other than the footy or fluff. It’s just too hard. It makes me have too many feelings, and I might not be in control of what those feelings are. The show might go in some direction that I’m not prepared for, and I might end up with things in my head that I can’t shake.

The only things I like in my head are stories of happiness and pictures of rainbows.

Tonight I watched Four Corners, knowing that it would be flint-hard. Because sometimes I guess you have to look at the burning and blinding harshness of life. Sometimes you have to knowingly step out of the bubble. And sometimes it just gets burst for you.

That happened to my friend Penny. She has always been tough and edgy and quirky. She has an attitude that lets you know she is sharp and witty, but also that she feels all of the things. I guess it’s because she is an artist. And you know how artists are, they often seem to feel too much, but when we watch them, it’s what we adore. We love them for showing us their hearts.

Tonight I didn’t want to see Penny’s heart on the outside.

I wanted her heart to stay inside, calm and warm and peaceful, ticking along like a fluid clock, not missing any beats, not being smashed into pieces because her son had fallen prey to demons, becoming like so many young men in rural Victoria, addicted to ice. Penny and her son’s story is one of success, and it shows us that thing that we all intuitively know; unconditional love is what we need to embrace these boys, bring them back into our community, and help them to heal.

Ethan has been one of the lucky ones. he has somehow, with the love of a strong family and consistent support, come through the horror of the demon possession, and stepped into the light. His eyes are bright, and they shine with potential and sparkling, cheeky intelligence.

Unfortunately at this stage in our understanding of this drug, he is one of the few.

Just thinking of it all makes my throat tighten. I don’t know the answers. I don’t know what ‘should’ be done. I don’t even know where to begin, but I know that somehow Penny’s fierce lioness heart has helped her boy to find a path.

I hope there is enough love for the others.

Did you watch Four Corners?

What do you think we, as a community need to do?

Have you ever watched Sex in the City? I have never seen a complete episode, until just now. Of course I knew who the characters were- I’ve seen enough for that, so it wasn’t difficult to follow, but my goodness that show is tripe. (And no, I do not like tripe, or, in fact any visceral products.) So why did I watch it? It was the ep where Carrie went to live in Paris, and on her last night in New York she had dinner with her four friends and she said this simple thing:

Today I had a thought, what if I had never met you?

That distilled me, right there.

What if all of the people that we have loved and then lost in our lives, had never even begun?

So even though the loss burns and burns, like holding your fingertips on ice until the cold becomes numbness and then inflames, and the pain somehow gets worse with time, not better, what if, what if, we had never met them?

That would be worse. 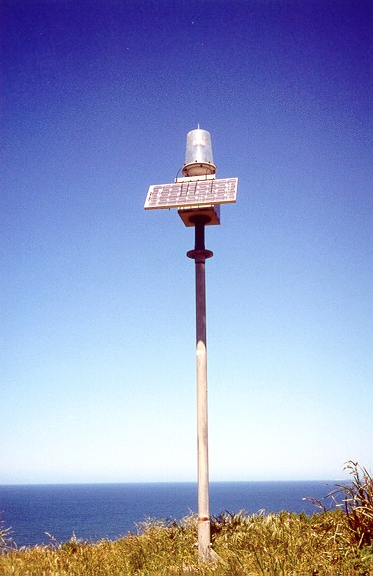 Once upon a time, a boy decided to take two girls on an adventure walk.

The girls agreed, not because they liked walking, but because he assured them they would see something really cool at the end. They heard him say it was a lighthouse. The Cape Woolamai Lighthouse.

The weather was hot, the dry and scalding heat, without even a drop of cleansing humidity, that only Victoria can produce. The walk was long, made longer by the lack of air and the dense beach-scrub and the sand that shifted and sifted its way through the mesh of their fancy runners.

The girls whinged and complained and carried on about how long the walk was, and how this walk better be worth it and how damn hot they were. They looked straight ahead at the back of the boy’s head, or down at their feet, quietly grumping about how their runners were getting ruined by the sand, how boring this walk was.

By and by, and seven hundred and eighty-five whinges later, the boy turned around with a grin and a flourish. Here you go girls: gesturing to the sign.

Just a light. On a pole. Like a streetlight, but not as interesting. It seemed that they had heard him incorrectly, so intent were they on the idea of something. Something that didn’t even exist.

The girls went through the stages: denial, anger, sadness. They told the boy off for tricking them and making them walk all this way, in this heat, for nothing but a light on a pole. They felt like they had been deceived. Completely ripped off.

So whilst they harangued the boy over the hoax, he just smiled and smiled until he finally said, “Happiness is a journey girls, not a destination.”

And finally, they smiled too.

How is it for you, is happiness the journey, or the destination?

Nothing To See Here

Sometimes I have all the feels, and all the things I want to write in a blog and I know it is better to swallow them all/ be quiet/ step away from the keyboard/ go and eat some leftovers/ because nothing that will come out will be palatable or user friendly or something anyone would like to read.

So there is no blog here today.

I guess I’ll be back tomorrow.

Hopefully with something nice to say.