Cheers to the Best Glitter

Have you got a friend like mine? If you haven’t, you need to go out and get yourself one posthaste, and pandemic be damned. Let me tell you why..

When I first met Jools we had both showed up to the first day at a new uni in skimpy clothes and big hair (it was the early 90s and we were still attached to the hair, goddamn it). We would have been wearing scrunchies to match our tans. The grade of any uni student back then could be read in the depth of the tans, and by the looks, Jools and I were solid Cs. Lots of time in the sun with our books, trying to convince ourselves that we were furthering our edumacation, when really we were just exciting our melanocytes.

The difference between us, was that Jools had swagger. You know that thing? When you meet someone and they are really comfy in more than just their Le Tanned skin, but in their own good self. And not in a showy or flamboyant way (although, by the look of Jools in that crop-top, she probably was pretty buoyant #boobenvy) but in that way that you just know that they know who they are- their strengths and foibles and the whole caboodle- and they are okay with that.

So it won’t come as a surprise to know that pretty soon Jools had a little crop of butterflies drawn to her shine. And rightly so. Because the thing about Jools, is that one of her gifts is that she embraces the truth of who she is so effortlessly, that it somehow rubs off, and settles on your own skin like so much disco glitter. And pretty soon you can’t help but feel like maybe, just maybe, you are okay to be who you are.

As you look at your arms in fascination, turning them this way and that in the sun, watching the glitter catch the light, you start to think that some of the things you’ve been carrying around, that you are toofattoolazytoodumbtoouglytooloudtoomuch are not too at all. They are just you.

And you is a pretty okay thing to be.

My glittery friend turned fifty yesterday, and still she shines like the sun. With a bit of moon-dust wisdom thrown in as well. She was the first person to show me that I could be all of me without the need for apologies. And that is glitter that is worth the riches of all the world.

Happy birthday, Old Luv. Thanks for cheering us all on, for all those times, when you were just being you. You sure do bring meaning to the word cheers. 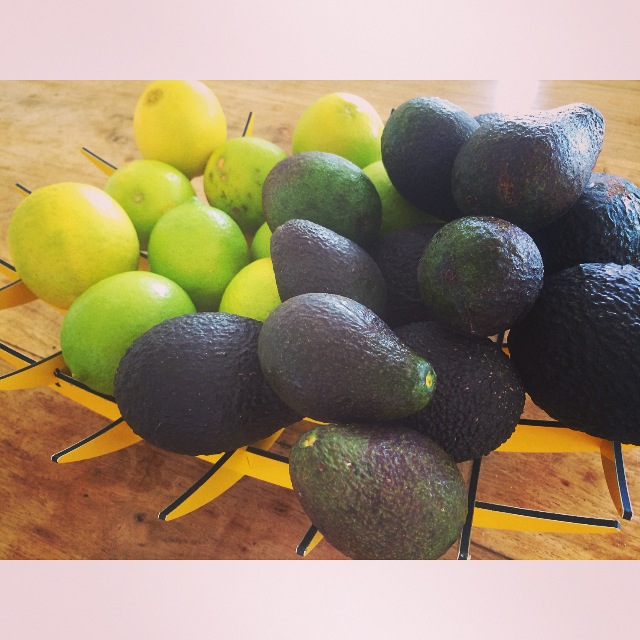 Country Life: You don’t get this stuff growing wild at my place.

I have had a weekend of fun and funny catch-ups with friends, and has given me pause to think about how different we all are.

I think that I have the best job in the world, and so some days I look around at all of the people, doing all of the different things, and wonder at why they aren’t all chiropractors like me.

I think that I live in the best part of the world, and so some days I look around at all of the people, living in all of the different places, and I wonder at why they don’t all live at my place.

Because every day that I consciously choose this life and the things in it, I am expressing my preferences and crafting out a little more of the story of my life. And because I love all of the things that I get to do, and feel so lucky that I have somehow been able to make all of these choices, I find it weird that not one single other person on this planet is choosing that same things as me. Why aren’t you all trying to muscle in on my space?

Seeing my country friends on Saturday, and the things they love, and then seeing my overseas friends on Sunday, and listening to the things they love about their home, made me smile and smile at how much I love the decisions I have made. All of the little choices that I have made over the passing years, that make me, me. I also loved that we are all able to sit around a table together, share a meal and some laughs, find our common ground and relish the things that make us similar, but then also search out the differences, and rejoice in the things that make us so unique. 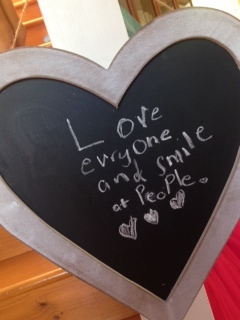 Here are the hits from a full week (see what I did there?): 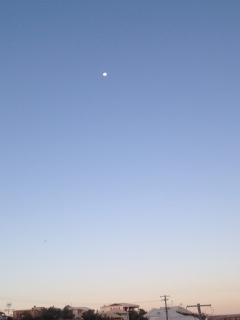 We had a great view from our deck until the clouds came over at the vital moment of eclipsing. As far as we could tell there was no “blood”- moonie looked the same colour as usual to me- but we still had fun sitting up there and talking about what things we were going to release from our lives.

Liam said he wanted to get  rid of bullying, in all of the world, not just for kids at school. I like the sound of that. Not a bad plan for a better world.

Coco said she would release herself from PKD and homework.

I, of course had a list of limiting beliefs and things I want to improve on.

Nath, as is his wont, said nothing.

3. Fun on the Top Deck (also known as Bar Up by the so-called gentlemen, but I didn’t say that) with these two. 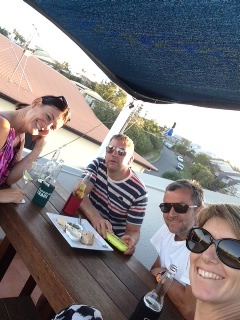 It’s always a laugh. They are our ‘pre-kid’ friends, so we have a history of misbehaviour and funny, funny nights together. Life is good when you have dudes like these two in your circle. Cheers B and S. (I haven’t called them that before, but I think I may start.) 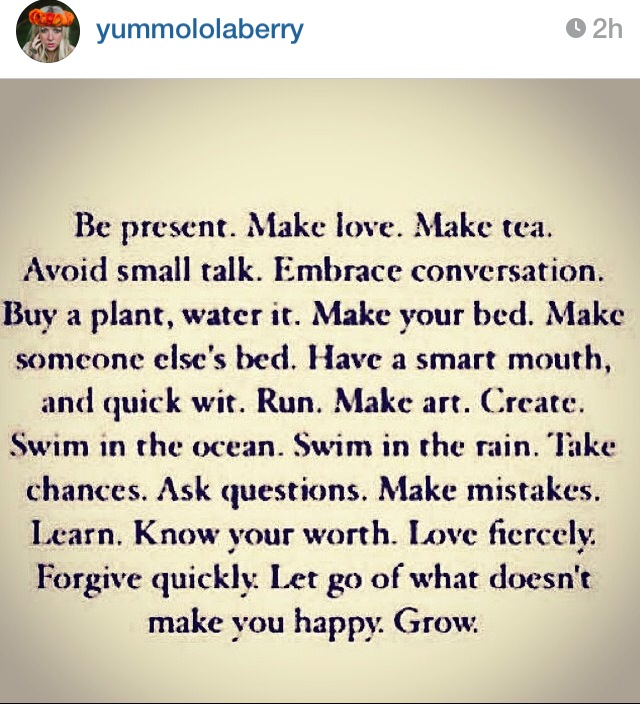 5. The kid’s school. We love the school holidays, the lazy days, the lack of schedules, all of the fun things we get to do together and don’t seem to have time to do during the normal week. As usual I was sad to see them go off on Tuesday morning, and wanted them back, but it is a relief and a balm to have such a lovely place to send them to. They both have gorgeous, caring and motivated teachers who really do look out for them and are helping us shape and guide them on their paths. Cheers to you school, and to you teachers.

What are your hits this week?

Did you see any bloody moon? And if so, can you send me a pick of it actually red?

Wanna be in my Gang?

Isn’t it a magical thing when you meet someone new, and you just click?  Slide on into a groove.  Sometimes it can be like you’ve always known them.  And you can even be from completely different backgrounds and continents.

Is it common interests, similar sense of humour, shared tastes?

I don’t know about you, but I know that it doesn’t seem to happen that often, but when it does, it’s profound.  I find there’s a weird settling in period, where you think you’ve found something special, a little seed that will grow into a friendship, if you give it the basics, but you don’t know if the other person has the same sense.  So you shimmy around each other a little, testing out the ground, seeing if this new little sprout will take hold, or if the elements will sweep it all away.

I know I can be a bit strange to other humans at times, but it takes everything within me to stop myself from coming over like a Kindy Kid: Do you wanna play with me, and be my friend?  Wanna be in my gang?

It would be much simpler if that was socially acceptable, don’t you think?

What about you, how do you make new friends? 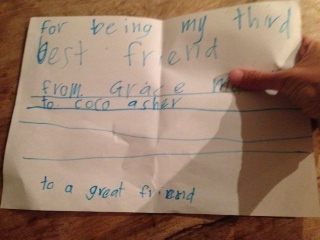