This morning the kids were getting ready for school, doing their basics, and I was busy with my busyness.  We have eggs for breakfast every.single.day here, so I have a bit to do in the mornings, what with that, and making lunches, and making myself look like the radiant SuperMum you see before you, and oh, checking the internet incessantly to see if any of you have shared any of my posts.

We had already had one lot of tears when Liam’s April Fools Day joke was, in fact, just him ambushing Coco and shooting the shit out of her with this (thanks Uncle Darren): 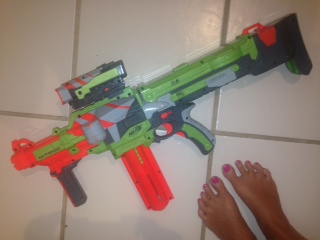 The AK47 of Nerf (feet included in pic for scale)

It probably wouldn’t have been that much of a drama, except (of course) one of the bullets hit her in the eye.  From the sounds of it, it ruptured the membrane of her left eye, and there was Aqueous Humour leaking out all over the floor.  Imagine my surprise when I found that 1. There was no interstitial leakage and 2. There wasn’t even a mark.   I may have told her to have a cup of concrete (I had internets to be checking, remember).

Anyway, as you would envisage I was pre-occupied with getting on with my busyness (Internet popularity checking) when I heard Liam downstairs calling up, in a kind of shady sounding voice: “Go on Coco, DO IT.”  It didn’t sound much like a voice of a child who wanted to be heard by his mother.  And it didn’t at all sound like the voice of a child who was considering his best choices, evaluating the consequences and then making them.  It sounded like a child who was trying to get his sister into some kind of strife.

So I tore myself away from my important tasks and found Coco sitting on this: 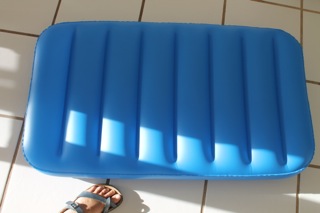 At the top of these, preparing to have a little ride:

The stairs… 14 of them… Onto tiles at the bottom…

Of course I yelled at Liam, yelled at Coco, and then everyone cried.  I then popped the stupid pool toy, and everybody cried some more.  Except me; I felt invigorated in the most sadistic and satisfying way.  (I was sick of that pool toy.)  So, so much for being a Brainiac and ‘The Third Smartest Kid‘.  Turns out, our kids are friggin’ idiots*.

*Some of you may remember this little beauty entitled “Liam’s Revenge”. 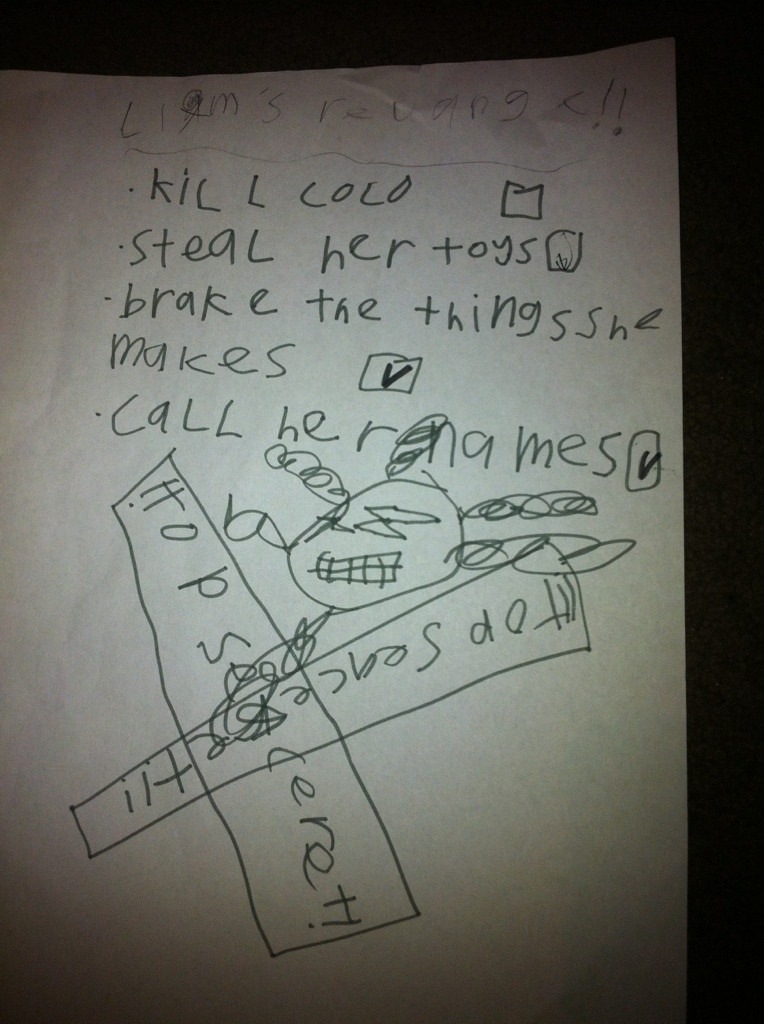 See point one.  Seems the claims of “I don’t even know what revenge is” may be spurious.

How was your First of April?  Did you prank anyone?